Well, I'm out on the road in North Dakota with Evan Greer... and it feels good.  My old friends Mark Froemke and Dave Kemnitz invited me to come to the 100th anniversary of the Northern Valley Labor Council and the ND AFL-CIO.  I played this convention many years ago, and have always admired the ND labor movement.  They're currently embroiled in a lockout of 1300 workers at American Crystal Sugar. These Bakery, Confectionary, Tobacco and Grain Miller members (BCTGM) were locked out on August 1st.  https://www.bctgm.org/ACS_Lockout.html


Now as the weather changes, and the harvest peaks, instead of negotiating ACS is spending millions on goonie security and imported scabs. And production is waaaaaaaaaay down. It looks like management has forgotten how the beets are processed into beet sugar, as they just can't seem to tell the scabs what they should be doing.  The results have been fires, accidents and injuries.  It's a huge source of frustration and occasional amusement to the loyal workers to watch the plant being trashed by incompetents. 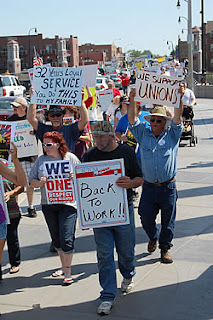 Evan and I are traveling with Evan's partner, Erin Ryan Fitzgerald and their adorable 13 month old son Saoirse.  Next weekend we are playing in Spokane, WA for the WA State Public Employees conference.  In the meantime, we're going to do a few shows along the way.  We'll be spreading the word about the ACS lockout and collecting funds to support the workers.  North Dakota is a "right-to-work" (for less) state.  Unlike their Minnesota colleagues, the locked out North Dakota workers do not receive unemployment benefits.  As the lockout enters its third month, you can bet there is real hardship here in North Dakota.  We're going to be passing the hat for these workers at all the rest of the shows on this tour. You can support these locked out workers by sending a check payable to:


If you have friends in South Dakota, Montana or Minnesota, PLEASE let them know that Evan and I are out and about and would love to see them at our shows!

Evan and I will be singing some wobbly tunes at this book signing with Bill Adler, author of the great new book about Joe Hill - The Man Who Never Died: The Life, Times and Legacy of Joe Hill - American Labor Icon

Details TBA! Come out to The Filling Station for some High Energy radical music! Please spread the word!

Bruce's vigil
From March 2005 until last night, my friend and comrade Bruce Wolf has organized a Friday night vigil outside Walter Reed Hospital in Washington, DC.  The vigil calls for an immediate end to the wars, return of the troops, funding for veterans' health and needs. For six and half years two-dozen to 200 people have gathered outside the hospital with signs, singing and chanting. 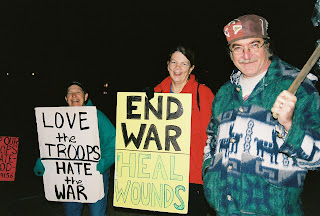 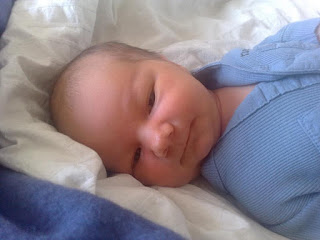 I'll get to meet Julie's new grandson, Levi while I'm in Sweden!  YAY!


Today in St Augustine people are celebrating the life and work of my dear friend Stetson Kennedy, who died on August 27th and will be sorely missed by all who had the opportunity to know him.


There's much more to tell, but no time to tell it.
Thanks for tuning in!
In solidarity,