Kerrville, TX
College Station, TX
San Marcos, TX
Corpus Christi, TX
then on to California, Oregon, Washington and BC!
details below and continuously updating at https://annefeeney.com/calendar.html

Just packing for Texas and dreaming of Ireland. My Thanksgiving holiday was terrific. I had 13 for a sumptuous dinner, including a free-range, organic, locally grown heirloom turkey. My guests included my partner from Ireland, Tom Pigott. Tom and I have just finished planning the 2009 trips to Ireland and hope you'll join us for one of them.

Please visit https://cdbaby.com/all/unionmaid today and buy my CDs for the working class heros and sheros in your life. They make great holiday gifts and stocking stuffers!

If this was forwarded to you, you can subscribe to this monthly Fellow Travelers' Advisory by clicking on https://annefeeney.com/newsletter.html


Thanks for all your support for my music and all the great work you've done this year. 2009 is certain to be an exciting improvement!

I hope if you know anyone in Kerrville, College Station, Austin, San Marcos or Corpus Christi that you'll tell them about my Texas tour. I'm so excited to have a trio to tour with. The song, "Dump the Bosses Off Your Back," which is the title track of my new CD, contains the lines:

I'll be touring with Oliver Steck on accordion and trumpet and his pal Gino Gottschall on tuba... Ornery Duffers to be sure. The instrumentation for this trio will allow us to be part circus band, part marching band, part symphony - and hard-to-miss! I wish I could afford to keep this band on the road all year long. Don't miss us!

If you think it would be fun to come to Ireland with me for ten days, you're right! And now is the time to send in deposits for the 2009 tours. I've paired up with an extraordinary tour company - Enchanted Way Tours - so that I can proudly offer you the most authentic, affordable and exciting tours you'll ever find in Ireland! The dates for the 2009 tours are:

May 19th - 28th * Galway, Kerry and Clare * This was the first tour to sell out last year. You'll hear any Irish music fan talk about the music of Doolin, the Dingle peninsula, and Lisdoonvarna. We'll visit all three places. Fabulous music every night, and unforgettable scenery - including the Cliffs of Moher. This is the "best of the west" tour - the real Ireland!

June 27th - July 6th * Sligo, Donegal, Derry * This tour of the remote areas of the northwest coast of Ireland feature some of Ireland's most unusual and breathtaking scenery. We'll start in Yeats country - County Sligo and move on to Donegal - the Slieve League - and Malin Head, the northernmost tip of Ireland - with an optional boat tour to Tory Island. We'll also see the great city of Derry, the Bloody Sunday museum, the fantastic murals - and spend a wonderful evening at Sandino's pub.

August 25th - September 3rd * Galway, Dublin, Clare * - By popular demand, we've added a tour that includes Ireland's wonderful capital city, Dublin. This is a perfect tour for a first time visitor to Ireland. This extraordinary value also includes six nights in the west, where we'll see the Cliffs of Moher and hear great music every night.

The cost of these tours is $1950 per person based upon double occupancy and includes all ground transportation, all accommodations, all breakfasts, three dinners, and admission to many special events. The single supplement cost is $300. (You still have to purchase your airfare, travel insurance, lunches, and the other 6 dinners.) It's an incredible value. You'll find the accommodations charming and comfortable. Our 24 seat luxury coach is small enough to navigate the wee byways of the countryside. Our tours are flexible and designed to accommodate your needs and wishes. We'll pick you up and return you to Shannon airport.

I'm also pleased to report that your tourist dollar will go much further in Ireland than it did in 2008. First deposit of $500 is due by December 31, 2008. These tours will fill up quickly. Please drop me a line at anne@annefeeney.com, or call me at 412-877-6480 if you'd like to come with me. I'll be happy to answer all of your questions.


2009 School of the Americas Vigil 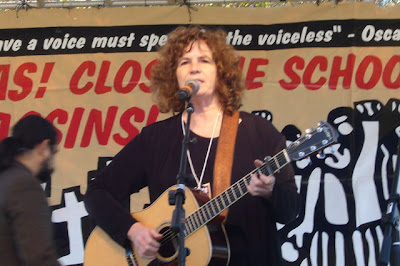 The annual vigil outside the School of the Americas in Columbus, GA drew 20,000+ demonstrators calling for the closing of our taxpayer-funded school of assassins. In the last election 35 congressional supporters of this school lost their seats. The mood was very optimistic that this could be the last year that this shameful institution is in existence. Write Barack Obama and ask him to close the School of the Americas (also known as WHINSEC).

Odetta, the folk singer with the powerful voice who moved audiences and influenced fellow musicians for a half-century, has died. She was 77. Odetta died Tuesday of heart disease at Lenox Hill Hospital, said her manager of 12 years, Doug Yeager. She was admitted to the hospital with kidney failure about three weeks ago, he said. In spite of failing health that caused her to use a wheelchair, Odetta performed 60 concerts in the last two years, singing for 90 minutes at a time. Her singing ability never diminished, Yeager said.

"The power would just come out of her like people wouldn't believe," he said. With her booming, classically trained voice and spare guitar, Odetta gave life to the songs by workingmen and slaves, farmers and miners, housewives and washerwomen, blacks and whites. First coming to prominence in the 1950s, she influenced Harry Belafonte, Bob Dylan, Joan Baez and other singers who had roots in the folk music boom.

The rest of the obit is at https://www.google.com/hostednews/ap/article/ALeqM5gBqnIyFhSolTj4oJA6syBErZnlTwD94R35NO0

Jim Page's song, "This is How the War Came Home" is a great introduction to what really happened in St. Paul during the Republican National Convention. You can help. Visit https://rnc08arrestees.wordpress.com/ 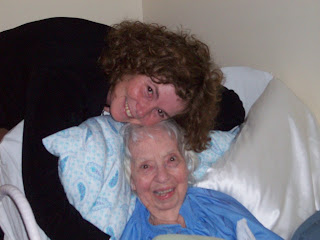 On my way home from Georgia, I stopped in Aiken, SC to visit my Aunt Claire O'Connor. She was 88 years old this past June 4th. She was very happy to see me. We sang some old songs together, looked at all the family pictures - I brought her a gorgeous photo from Dan and Monique's wedding.

She is considerably more frail than when my sister and I surprised her on her 87th birthday, but still in remarkable spirits. You can drop her a card at:
Claire O' Connor - Eden Gardens
1385 Silver Bluff Road, Aiken, SC 29803

My son Dan and his wife, Monique Murad, leave for Quito, Ecuador in the early days of January, 2009. Monique has a fantastic job with USAID, and Dan will be finishing his last semester of law school in Ecuador. The State Department is sending a moving company to pack up all their wedding presents and Craig's List furniture for shipping on December 30th. They'll be living in a hotel until their departure on January 3rd or 4th of 2009. Quito has San Francisco-like weather, and, from all accounts, is a beautiful city. I hope to get there for a visit in the coming year.

My Texas tour this month will allow me to visit my daughter Amy at her new house in San Marcos, TX - I can't wait to see it. She got a great deal on the place, and she's in the process of creating a wellness center there - massage, accupuncture, sauna... sounds great!!


My cousin Jack Metcalfe, who lives in Germany, just sent this wonderful link to his son Patrick's band performance - he's the keyboard player and there's a great close-up at 2:40 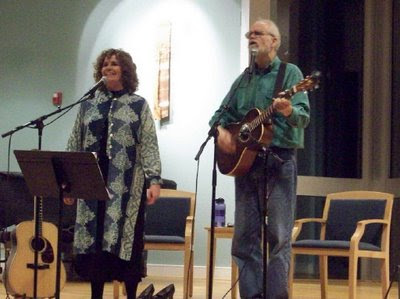 One of last month's highlights was almost 5,000 miles of touring with my longtime friend Charlie King around New England and down to Fort Benning. Charlie is a great travel companion - he share my love of jokes, so we exchanged MANY of them on the trip.

He's a wonderful songwriter and a great performer. Check out his website https://charlieking.org 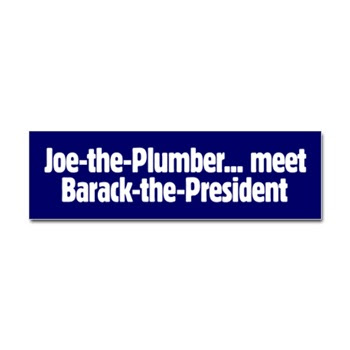