That's a photo from the Thomas Merton Center Awards Dinner held on November 1st with Elizabeth and Dennis Kucinich and me. Dennis Kucinich is such a fabulous speaker. It just makes me sick to see what our corporate congress is doing with health care. Mandates, bah! More billions for the insurance companies. Maybe we haven't closed Gitmo yet because that's where we're going to send all the "mandate scofflaws"... My heartfelt congratulations to the hundreds of people who have gotten arrested across the country while occupying insurance gangsters' lobbies and congressional offices! Would that there were tens of thousands doing the same.

My October "Union Makes Us Strong" midwest tour with David Rovics was sensational. Great crowds, lovely venues, beautiful traveling. And we had the joy of traveling with David Rovics' fabulous wife Reiko and David's totally adorable daughter Leila. Thanks so much to all the skilled presenters and generous and thoughtful hosts who made us so very comfortable on the tour! Still fighting off a wicked cold that caused the tour to end with a whimper instead of a bang.

I'm working at home for a while on a couple things.... my grandfather's biography primarily.

I'm booking the Northwest (and great Canadian Southwest) beginning February 1st, 2010 - probably in Seattle and heading north first. I'll head as far south as Watsonville/Santa Cruz by the end of February if I can find the work...

In the meantime, if you are doing some holiday shopping, I sure hope you'll visit https://cdbaby.com/all/unionmaid ... Wouldn't one of my CDs be the perfect grab-bag gift ... or stocking stuffer for the working class s/hero in your life?

Thanks for staying tuned! 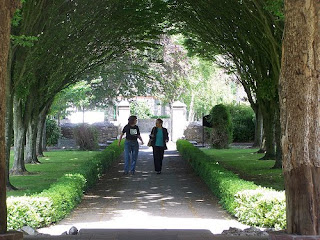 Both of these trips will be spectacular and seats are already going on both tours ... Let me know if you think it would be fun to spend 10 days in Ireland with me and I'll send you more information. My talented Irish partner, Tom Pigott and I are adding many special features this year and the $2050 price covers nine nights' lovely hotels, all ground transportation, all breakfasts, three sumptuous dinners and lots of special treats! We travel in Paddy Downes' 25 seat luxury coach ... small enough to navigate the wee byways of the Irish countryside, but large enough for real comfort for our small groups. 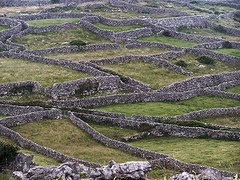 The August 10-19 tour is the picture-perfect west coast of Ireland. The best traditional music in Galway, Clare and Kerry is ours ... and breathtaking sights all day every day - the Aran Islands, the Cliffs of Moher and so much more.

The second tour, August 22-31, will take us to some of the most powerful historical sights in Ireland, as well as many scenic areas, great pubs and the museums, theaters and cultural life that only the big cities offer.

If you can't make up your mind, do both tours and get a $400 discount!
Check out https://enchantedwaytours.ie and email me at anne@annefeeney.com for more information.

I plan to return to the Pacific Northwest and great Canadian Southwest in early February 2010. If you'd be interested in hosting a show, or if you know of any special events, festivals, conventions, conferences, rallies or riots scheduled for February 2010 between Vancouver and Santa Cruz, let me know. Email me at anne@annefeeney.com or call me - 412-241-7664 or my cell 412-877-6480

David Rovics and I get together again on the other side of the pond this December. We've both been invited to perform at the Climate Summit in Copenhagen... (not the official one - the People's Summit). I've got a couple gigs lined up in Copenhagen and would welcome more. See the schedule at the end of this newsletter.

One of the highlights of the tour was getting invited by my friend Mike Matejka to visit the Laborers' Local 231 hall on October 7th - four days after their members went out on strike. You can meet the strikers too - https://www.youtube.com/watch?v=87-_tl0vt-4 The 60 workers there (56 women) make custom orthotics for folks with bad feet. They asked for a modest raise to their not-so-livable wage and the boss walked out. Their strike will no doubt be determined to be a lockout by the courts at some point, but in the meantime, they have no strike fund and they're not eligible for unemployment. You can help them out by sending a contribution of any amount - or a greeting of solidarity - to:

School of the Americas Watch and the HEN Foundation

Thousands of people will gather again at the gates of Fort Benning to bear witness to the atrocities being committed in our name and with our tax dollars by graduates of the infamous "School of the Americas." https://soaw.org

I am almost always there, but have had to cancel this year's appearance because I will be in Pittsburgh for the memorial service for a lifelong friend (see next story).

There will be concerts and other events during this year's SOA Watch vigil where we will honor the work and commitment of Jolie Rickman, a fabulous artist/activist taken from us by cancer at the age of 34. Her family established the HEN Foundation https://henfoundation.com so that her legacy of feminist arts activism would continue. I was very honored to receive a HEN grant this year. Thanks to their generosity I was able to present three concerts in Pittsburgh around the G20 ... one with me, Chris Chandler, Deborah van Kleef, Darryl Moch, Mike Stout and Laura Daniels; one with Roy Zimmerman; and one with David Rovics. HEN also funded my performances at the People's Summit with Jeremy Scahill, and my performances with David Rovics at the huge demonstration during the G20 on September 25th. Now THAT's some arts/activism! HEN has also funded the work of the fabulous Beehive Collective. If you're looking for a small radical arts organization to support, I highly recommend HEN 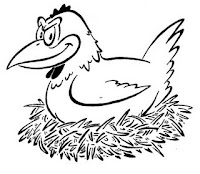 I don't know how your fall has been going, but I've lost two dear dear friends - Larry Funsten and Lola Mitchell - and the world has lost a great one with the demise of Clarence Kailin. 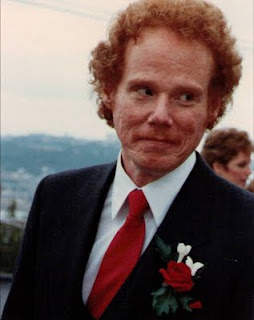 I'll start with my friend, Larry - one of the first people I met at the University of Pittsburgh in 1968. He was a real mentor to me ... he got me active in the anti-war movement and the civil rights movement. He turned me on to Pete Seeger. He was a founding member of one of Pittsburgh's first communes. He was an anthropologist who became a social worker and eventually a lawyer with Neighborhood Legal Services, where he served the poorest people in our county for years. He was an expert on the rights of the poor. He was the oldest of nine children. He was born with a severe case of spina bifida and a club foot in 1945. The spina bifida began to catch up with him, affecting his cognitive abilities and judgment. The last years of his life were extremely difficult for him and for those who loved him. The last time I drove across Pennsylvania to visit him in the nursing home, he did not remember that I had been there the next day. He would have been 64 years old this November 18th, but he died from pneumonia and complications of Alzheimer's on October 19th. We're planning a huge memorial for him in Pittsburgh on November 21st.

On October 18th my friend Lola Mitchell died in St. Paul, MN. She was only 63. She put up one hell of a fight with an aggressive cancer that was supposed to kill her over a year ago. She was a lovely, stubborn, funny and clever woman who never let anything keep her down. She and her fabulous husband, Dick (an IBEW construction electrician), were the first folks to bring me to Minnesota to perform. Dick ran a labor speakers' club modeled on the Swedish study circles at the St Paul Trades & Labor for years. He brought many outstanding speakers like Elaine Bernard to St Paul to do worker education. Lola and Dick organized a community labor chorus in the Twin Cities. They organized an annual labor festival for several years in the Twin Cities. She looked great when she came to my show in Minneapolis on October 11th. I can't believe she died a week later. I'll miss her terribly. There is a memorial service for her on November 29th. The Mitchells were also hard-hit financially by Lola's illness - they lost their home. I don't have their new address as of this writing, but if you wanted to help them out, you could send a check to "Dick Mitchell" c/o

I'll make sure it gets to them.

The day after my Madison show -- October 14th -- my pal Allen Ruff and I went to visit the legendary Clarence Kailin ... a veteran of the Abraham Lincoln Brigades and lifelong socialist activist. His monthly socialist potlucks were always packed with interesting young and old folks. Born August 20, 1914, Clarence just had a huge 95th birthday party. He died October 25th - 11 days after my visit. His life and work were featured on Democracy Now! https://democracynow.org Here's a video my pal Allen Ruff shot at the nursing home on the 14th as I sang "Have You Been to Jail for Justice?" to Clarence.

Congratulations to Robin and Matt on the birth of their lovely daughter Sonia!

It's official, my son Dan passed the D.C. bar... ta da! https://www.dcbar.org/for_lawyers/membership/current_members/examResults.cfm - He's still hard at work at Asylum Access in Quito, Ecuador. I'm hoping to visit him in January.